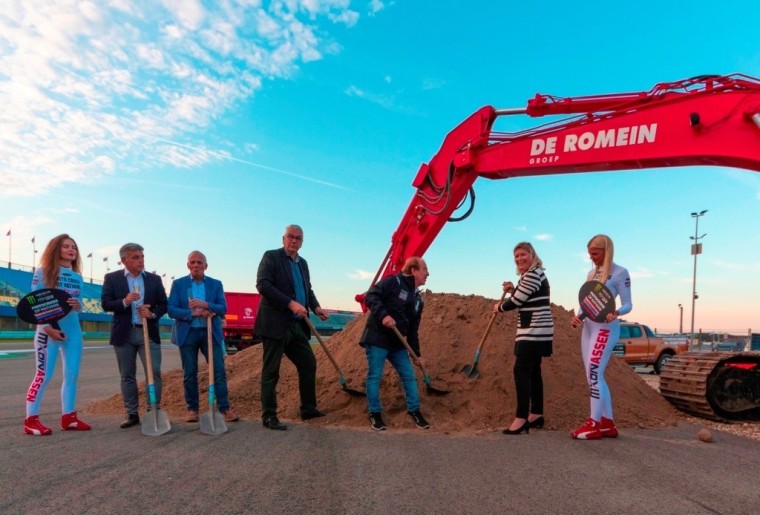 It’s the build-up week for the biggest event on the Motocross calendar – unless you’re an American factory racing team, but more on that later – the Motocross of Nations, World Cup of Motocross, Olympics of Motocross, unofficial world team championship and the chance for one side of Motocross’ Atlantic divide to stick a middle finger to the other side for the following year… but more on that later. It’s my personal favourite event that in my view should never lose its importance and position as an absolutely massive boost to the profile of World Championship Motocross.

This should be an exciting week – who’s gonna win the team trophy, who’s gonna win individually, will the Americans even be competitive, which small-bike rider is gonna surprise the big boys, how is our country gonna do… these are the usual questions to get us salivating and the best part of all is that it hasn’t been at all predictable since the most recent American domination was ended in 2012. And there will be a blog entry from me on all of that later this week.

The Official MXGP Facebook page’s post at the start of this week, however, met with a response that asked none of those questions. The photo featured two spandex-wearing models (if it ain’t good enough for F1, stuff it we’ll still do it), flanking five people carrying shovels, three of whom were in suit jackets and two of whom had already dropped the charade and picked up the champers which they will clearly be sinking while the real shovellers get stuck in to the work itself. The work itself? Beginning the “creation” of the circuit for this year’s ‘Nations. For almost the first time, a completely artificial circuit will be built directly on top of a road racing circuit to host this prestigious event.

The backlash has been instantaneous, punishing, and constant. All of it blasting the use of this venue when there is a myriad of perfectly good permanent and historically awesome circuits already in place, that need no construction whatsoever besides the normal compulsory prep. One comment has rightfully pointed out the carbon footprint of this enterprise – why pump all this dozer fuel into the air transporting the sand in when other tracks have it there already? And why pump the Euros into a perfectly successful site that enjoys massive income from MotoGP, WSB, and in recent years (and just last week) even BSB, when there are Motocross clubs down the road or across a few borders that are in dire need of a major cash injection to even help them stay open? Is a hard-standing perfect-for-VIPs paddock really worth that much?

It is massively saddening for me to see this response. I love this sport and its history and I want it to thrive, for the world champions to be recognised as the superfit athletes they are, and for the series itself to be as prestigious as ever, especially as we are finally in a time when the GP racers can truthfully go against the best from America and regularly come out on top. For the first time in around 35 years we can honestly say the World Champion is the best in the world, and that is so important for the credibility of the sport. So why is the vast majority of the fanbase absolutely spitting about the state of the sport today?

I have to constantly defend the modern game on social media against comments like “it was real racing in them days, not like the show jumpers we’ve got today”. Or “back when Motocross was awesome”, “they were real men in them days”, and “proper tracks back then”. It drives me crazy. Yes, it was awesome then – but it still is now. Especially the racers themselves. There are many valid reasons to moan about modern Motocross, but leave our current racers alone. As a generation they need to have more physical preparation than ever before, and a level of bike control that stands up against anyone from years gone by.

I will gladly listen to anyone who does moan. I think the governing bodies of the sport need to listen as well. This is the fanbase. In a minority sport that is fighting for attention in an increasingly crowded world full of distractions, we need to look after the traditional fans that will pay to see the best if the show is good and it’s not too pricey. Here are the things that I see as serious negatives from the spectator’s point of view:

So there it is – what I think are the big issues that are hitting the traditional fans and driving them away from the sport. Not just at GP level but at British Championships and downwards as well. I confess to not having much knowledge of the AMA series in this department. From what I can see the Nationals have amazing circuits and the racing is better. Perhaps there is more space over there to be used or the tracks are done better. I would be happy to hear from anybody with their thoughts on any of the above.

I hope that the Assen MXoN delivers some great racing. The saving grace is that sand tracks normally do, and the Nations in general normally does too. The three “artificial” circuits like it that hosted the Nations – Jerez in ’95, Zolder in ’03, and Donington in ’08 – still made for great spectacles. Grandstands full of screaming Dutch fans who finally have a team that should win will help. So of course I will still be tuning in as an excited little fan. I just hope that many more look past the venue, and all the current issues, and just enjoy the racing as well. More on the positive side later this week. Cheers!